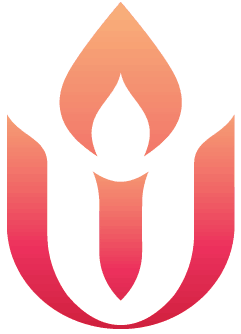 We are a liberal faith community that encourages spiritual and ethical exploration, education and dialogue; honors human diversity and the dignity and rights of every person; promotes personal and world peace; and protects the natural resources of the world.

The First Unitarian Church of Miami was organized in the 1930’s and chartered as a member congregation of the American Unitarian Association in 1939. This was the era of the rise of Nazism and the night rides of the Ku Klux Klan in southern cities and states including Florida. Unitarians were encouraged to organize in Miami by Rabbi Jacob Kaplan at Temple Israel who said he felt safer living in a city where there was a Unitarian Church because it meant that city would be less emotional and less subject to racial and religious hatreds.

The congregation, now named the Unitarian Universalist Congregation of Miami, and its ministers have, over the succeeding decades, continued to affirm and promote interracial cooperation, interfaith dialogue and social action against oppression and injustice wherever it appears.

On April 25, 2008, The Unitarian Universalist Congregation of Miami celebrated its 70th anniversary. Through the years the work of our members and ministers has secured for us an undeniable presence in South Florida. As a liberal voice, we have consistently striven to bring together all people and promoted humane solutions to society’s challenges.